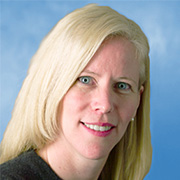 Since joining Intuit in 2000, Whiteley and her team have successfully worked to create programs and offerings that further Intuit’s high commitment, high-performance culture. In doing so, Intuit has been recognized by Fortune Magazine as one of the “Fortune 100 Best Companies to Work For” each year since 2002. With a passion for employee-driven philanthropy, Whiteley is also co-president of the Intuit Foundation board of directors.

She earned a bachelor’s degree in history from Santa Clara University and is a graduate of the Executive General Management and the Human Resource Executive programs at the Graduate School of Business at Stanford University.