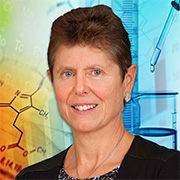 Solomon brings extensive experience in R&D and management to her current leadership role at Agilent. She joined Hewlett-Packard Laboratories in 1984 as a member of the technical staff, subsequently holding a variety of research and management positions there, including R&D manager for the Chemical and Biological Systems Department. She joined Agilent when the company was formed in 1999 with a dual role as director of the Life Sciences Technologies Laboratory within Agilent Laboratories and as senior director, Research and Development/Technology, for Agilent’s Life Sciences and Chemical Analysis business. Prior to being named to her current post, Solomon was vice president and director of Agilent Laboratories.

Solomon received her bachelor’s degree in chemistry from Stanford University and a doctorate in bioinorganic chemistry from the Massachusetts Institute of Technology, and she completed Stanford University’s Executive Development Program. In recognition of her career accomplishments, Solomon was elected to the National Academy of Engineering in 2017. She was also inducted into the Women in Technology International’s Hall of Fame (2001), received the YWCA Tribute to Women and Industry Award (2004), named to Diversity Journal’s Women Worth Watching (2007) and Corporate Board Member’s 50 Top Women in Technology (2008), received the USC Viterbi School of Engineering’s Daniel J Epstein Engineering Management Award (2018) and elected to George Washington High School’s Alumni Hall of Merit (2018).

Solomon serves on the board of directors at Materion Corporation. She also participates in multiple academic and government advisory and review boards, including current and recent appointments to the National Academies’ Board on Chemical Sciences and Technology, Visiting Committee on Advanced Technology of the National Institutes of Standards and Technology, Stanford University Dean of Research Advisory Council, UC Berkeley’s College of Engineering Advisory Board and Singapore National Research Foundation’s Scientific Advisory Board.