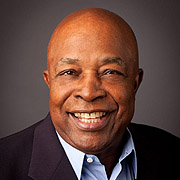 Ken Coleman is Chairman of Saama Technologies, Inc., one of the largest pure-play analytics solutions and services companies in the Data Analytics market.

As a Silicon Valley pioneer, Ken Coleman was the founder, former chairman and CEO of ITM Software, an enterprise software company focused on the information technology function. Previously, he was EVP of Global Sales, Services and Marketing for Silicon Graphics, Inc. (SGI). Prior to joining SGI, Ken was VP of Product Development at Activision. Earlier, he spent 10 years at Hewlett-Packard Company, where he held several management positions.

In addition to his role at Saama, Ken serves on the board of directors of CSAA Insurance Group, Entertainment Partner, Complia Health, EIS Group and Prevedere. He is currently a Special Advisor to both Andreessen Horowitz Venture Capital Firm and Carrick Capital Partners Private Equity Firm. He is also an advisor at Pinterest, Walker and Company and several other early stage technology companies.Previously, he was Chairman of two public technology companies, MIPS Technology and Accelrys and served on the board of City National Bank. He is a member of the Executive Leadership Council and the Dean’s Advisory Council for the Fisher College of Business at The Ohio State University.

He was also named one of the 10 most influential African Americans in the San Francisco Bay Area, and was previously named by the Black Enterprise Magazine as one of the top 25 black executives in technology.

Ken earned both a bachelor’s and a master’s degree from The Ohio State University. He also served as a captain in the United States Air Force.